The Partnerships and Practice stream supports excellence in humanitarian action by leveraging the research outputs and influencing policy and practice in the region and globally. 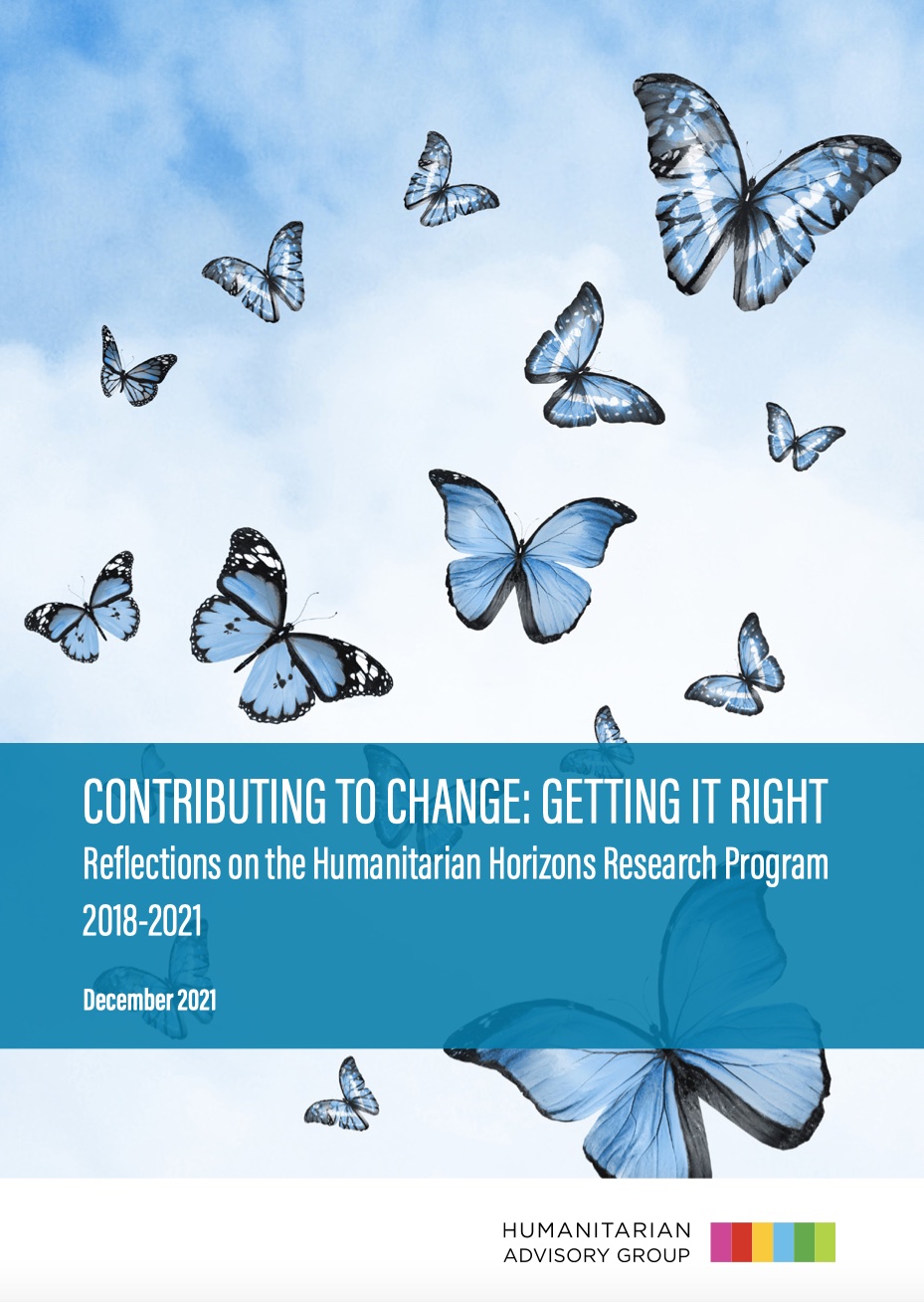 Contributing to Change: Getting it Right 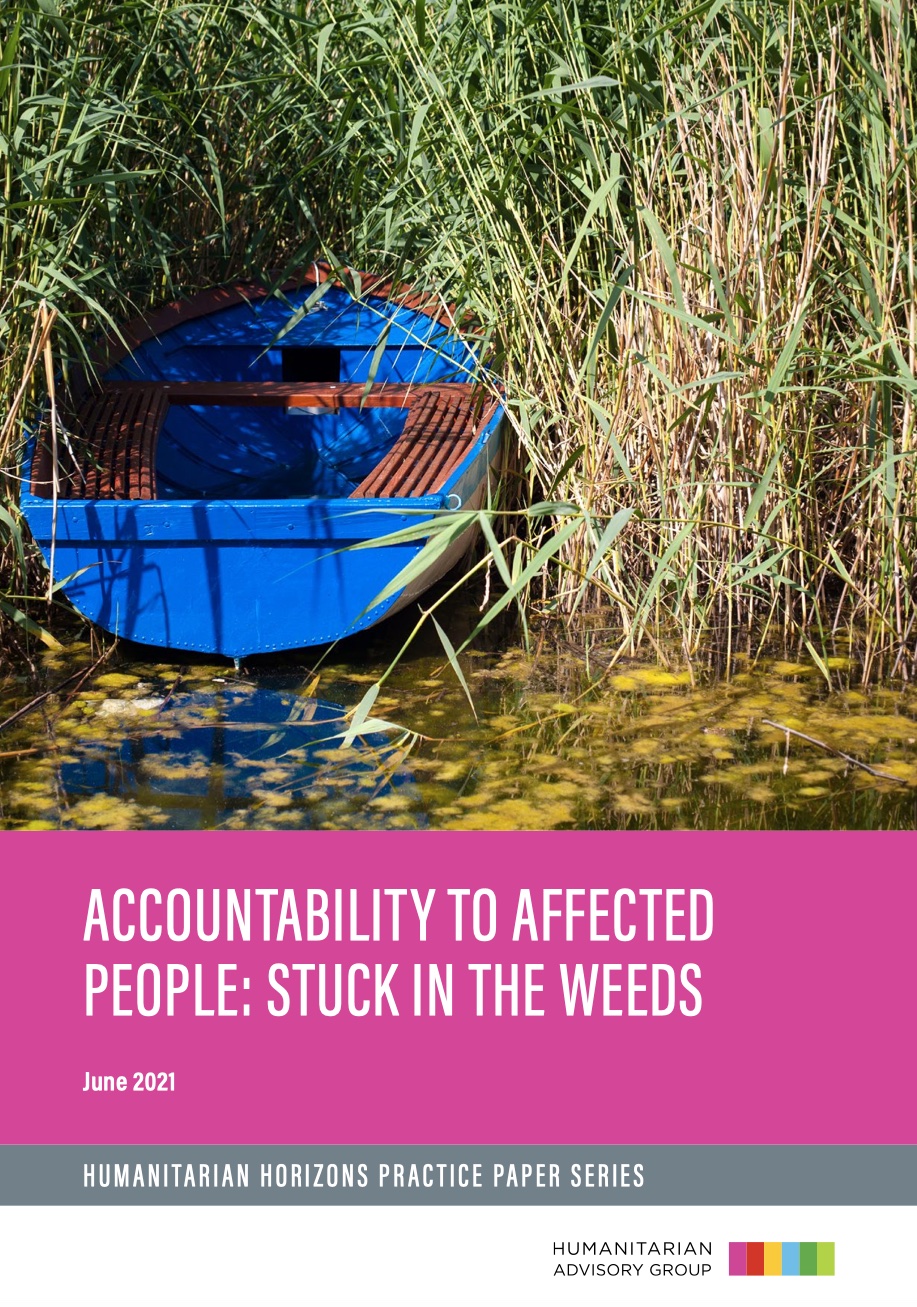 Accountability to Affected People: Stuck in the Weeds 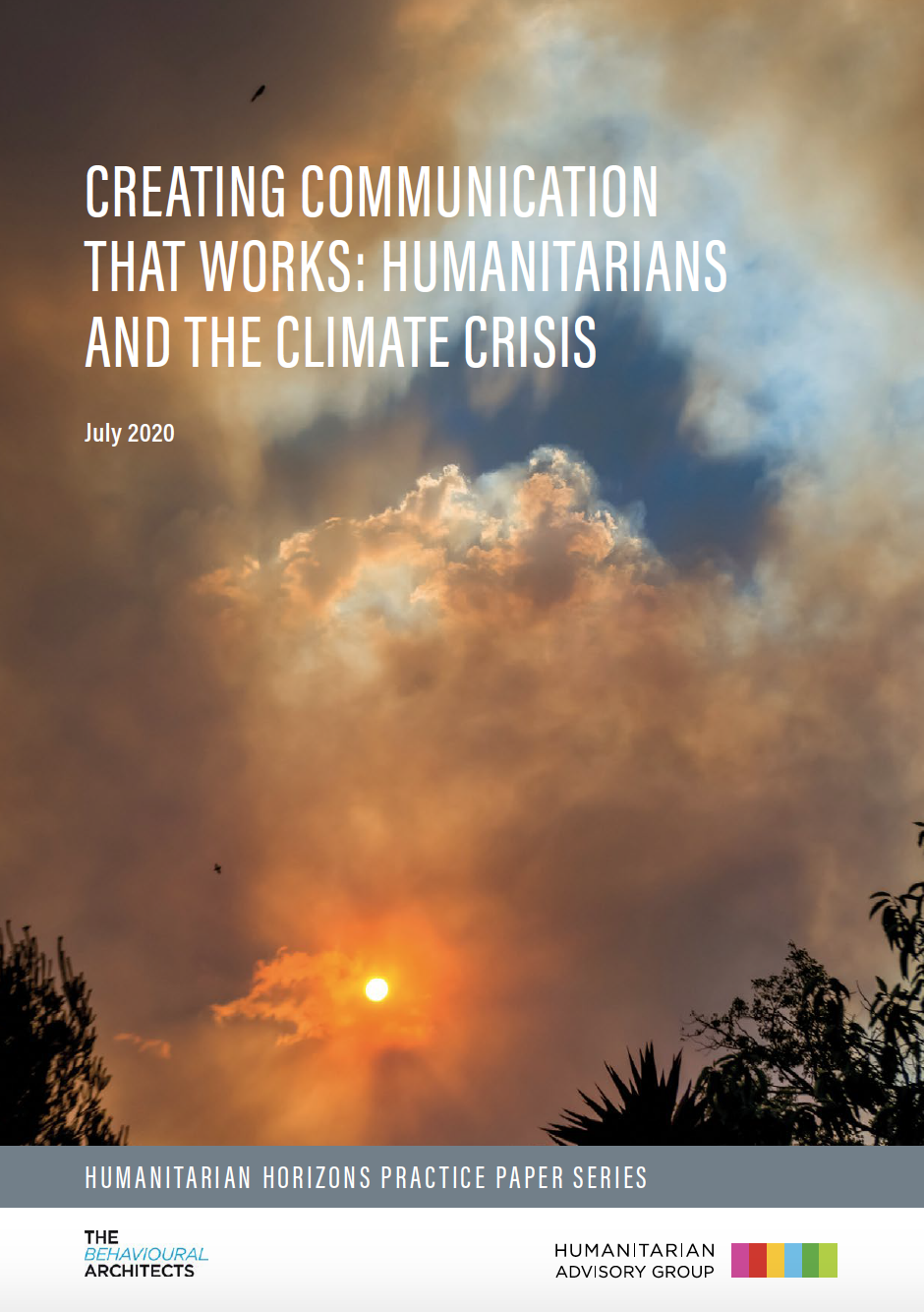 Creating Communication That Works: Humanitarians and the climate crisis 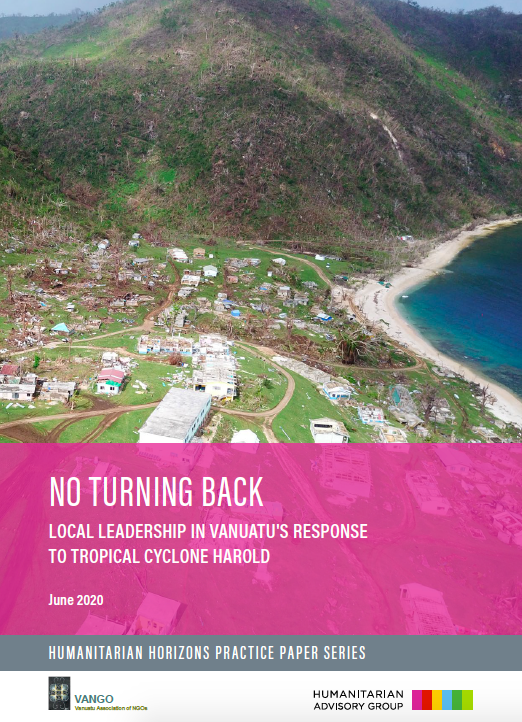 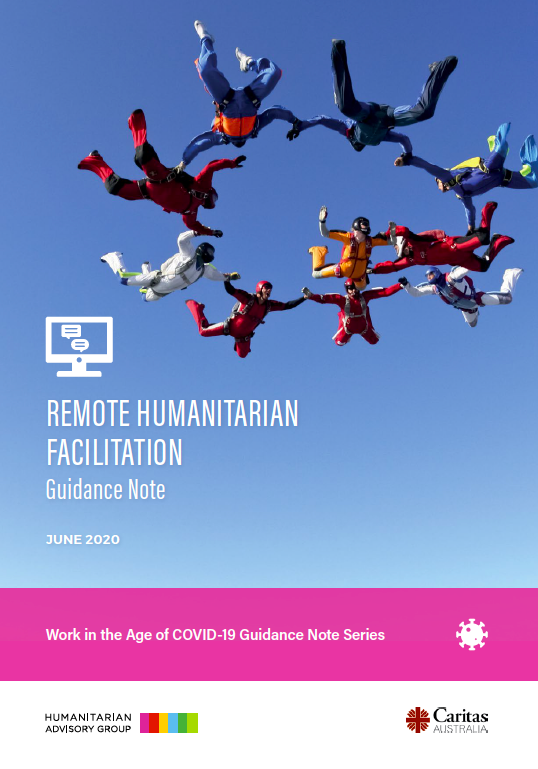 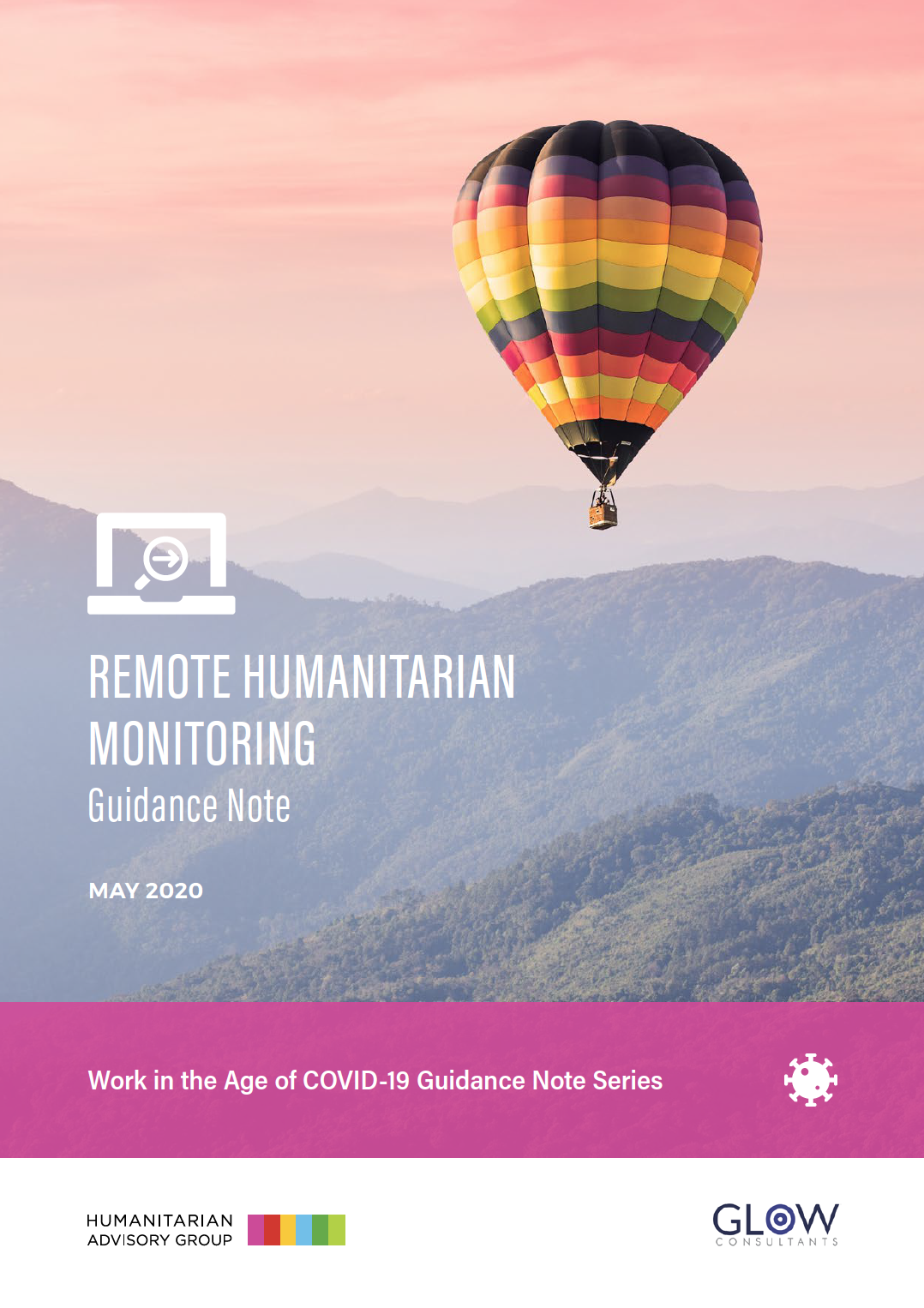 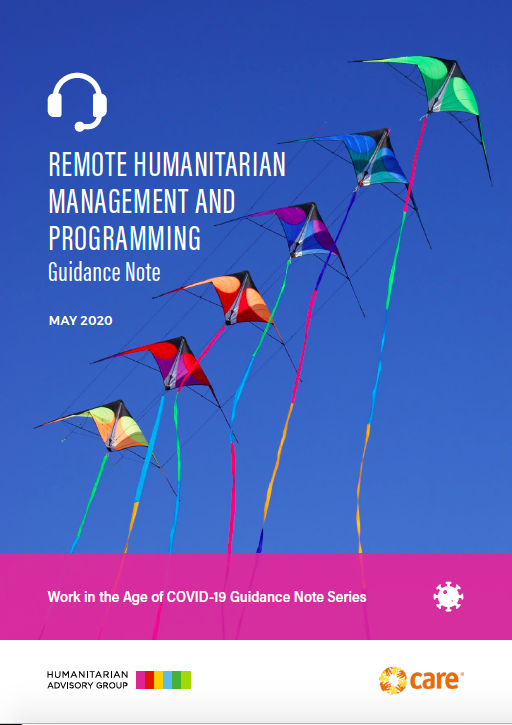 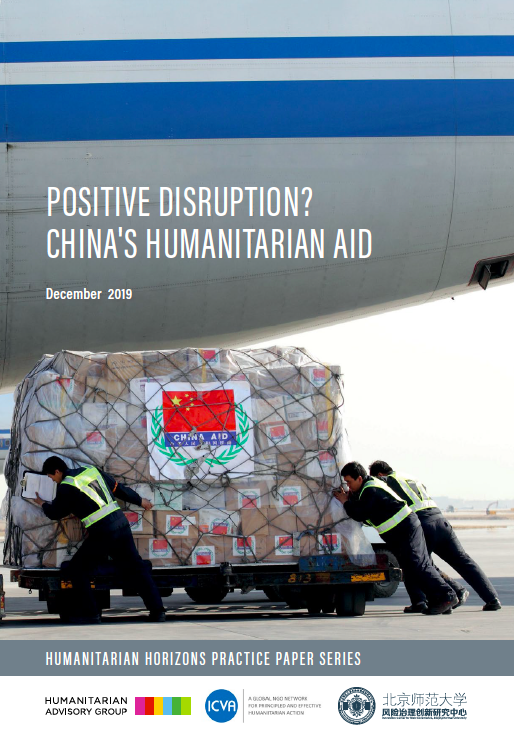 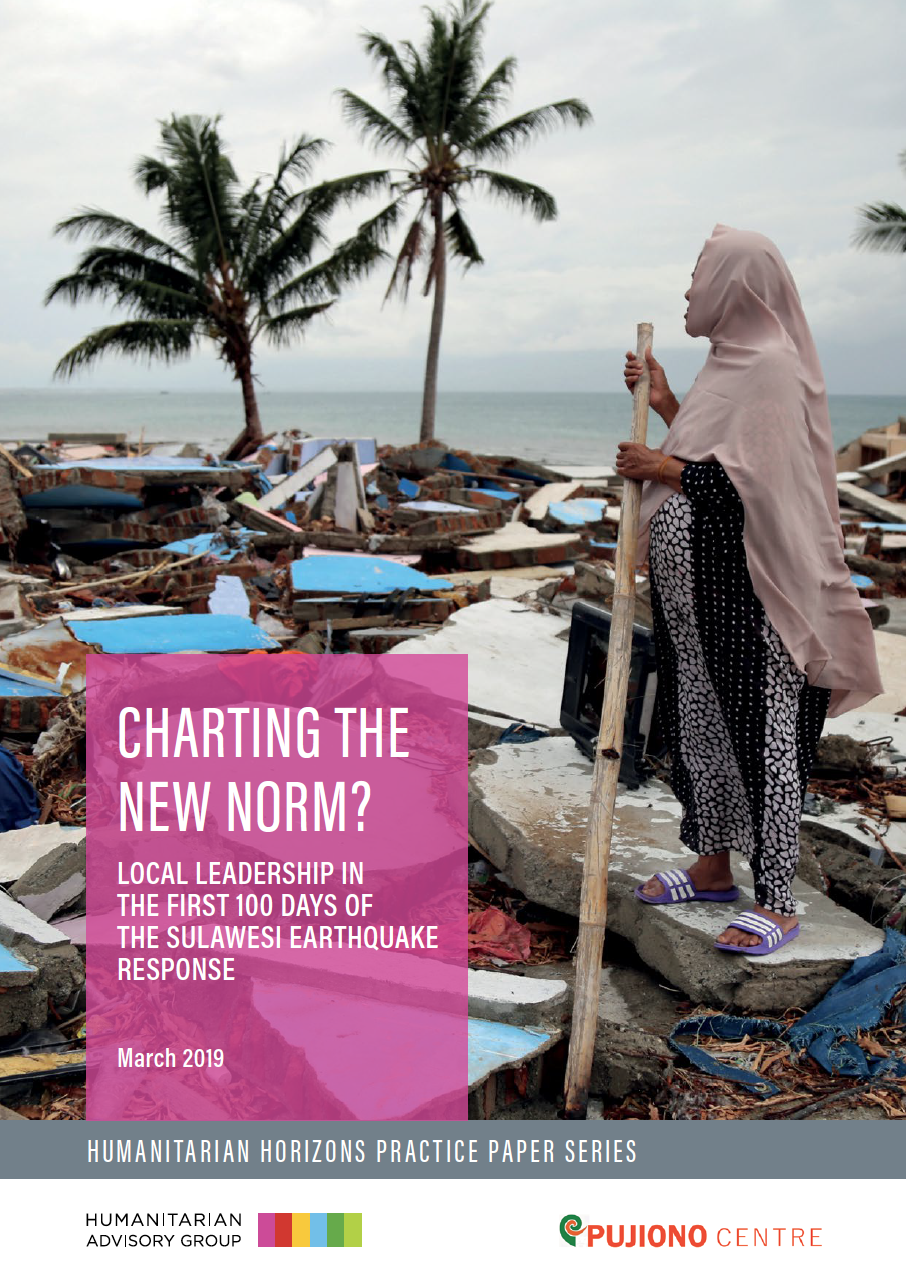 Charting the New Norm? Local Leadership in the First 100 Days of the Sulawesi Earthquake Response 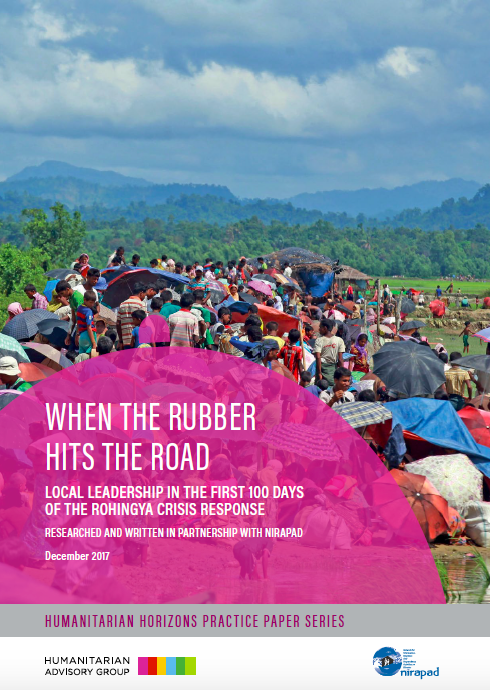 When the Rubber Hits the Road: Local Leadership in the first 100 days of the Rohingya Crisis Response 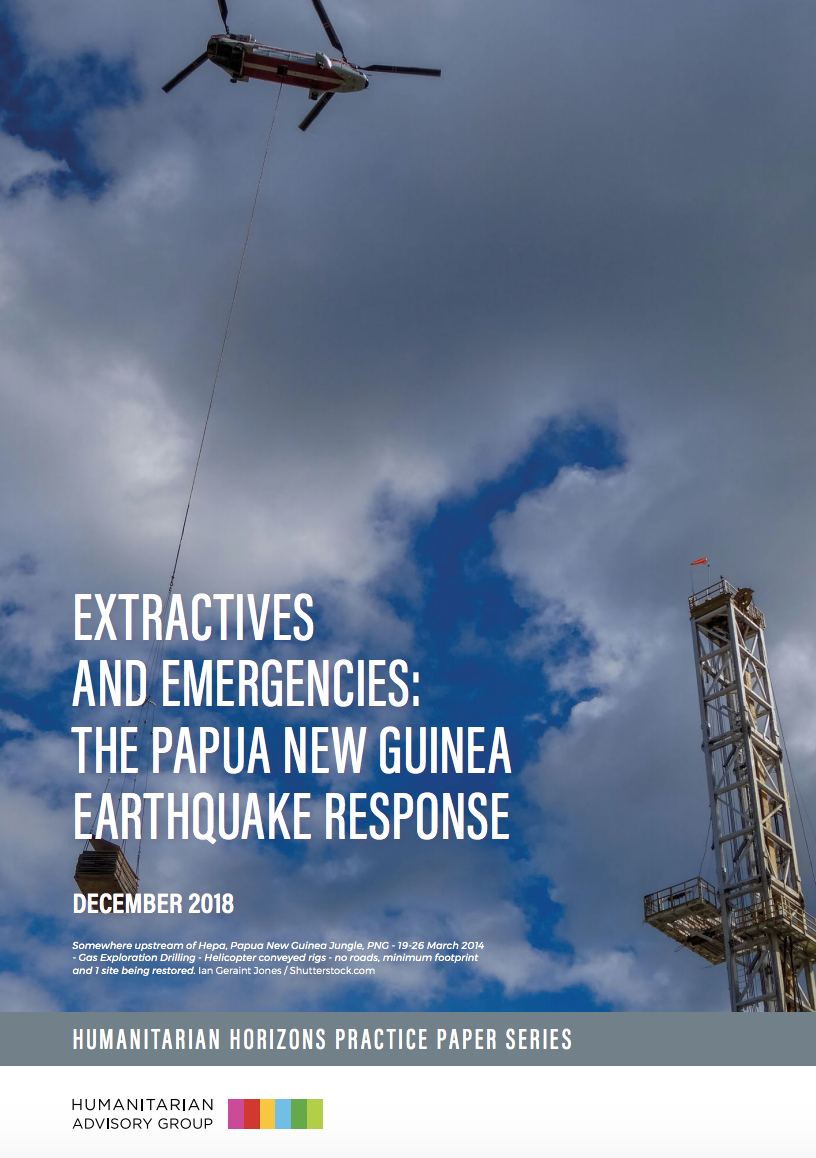 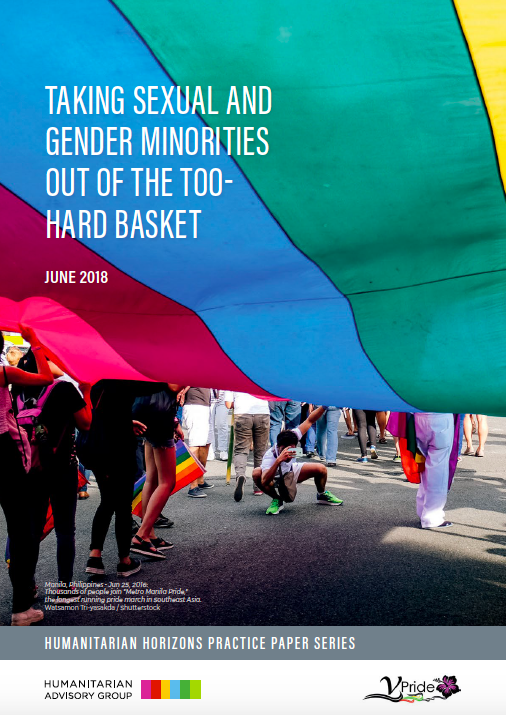 Taking Sexual and Gender Minorities Out Of The Too-Hard Basket

The research program is dedicated to creating real time evidence and critical thinking within the context of humanitarian response and analysis.

This stream comprises practice papers and guidance note series, the Research Advisory Committee, monitoring and evaluation for the research program and supporting the sector through events. 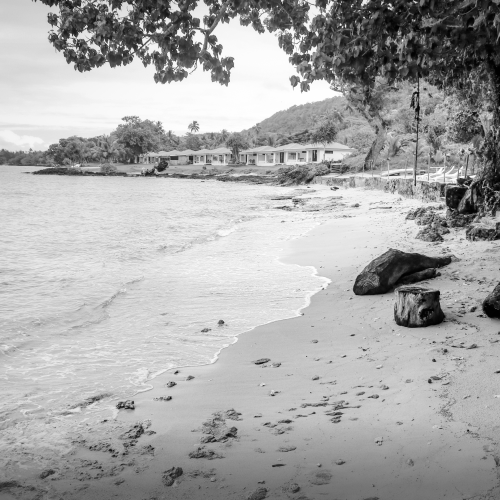 About our practice papers

Conducted in partnership with national organisations, these papers also serve to amplify and elevate the voice and evidence generated from the Indo-Pacific context, to help inform and influence real time global humanitarian sector debate and reform.

Practice Paper under the spotlight

In the midst of the COVID-19 global pandemic, Tropical Cyclone Harold, a category 5 cyclone, hit Vanuatu on Monday 06 April 2020. The Vanuatu government and the humanitarian community recognised early on that the response would be different by necessity. No international surge deployments were available, and technical expertise needed to be sought internally. Within an increasingly strong Vanuatu humanitarian community, national and local actors stepped up to demonstrate that humanitarian local leadership is more than an aspiration in the Pacific.

This practice paper, conducted in partnership with the Vanuatu Association for Non-government organisations (VANG), is a rapid analysis of Vanuatu’s response to Tropical Cyclone Harold, 50 days after the disaster. In exploring the extent and implications of the locally-led response, it intended to stimulate discussion and inform localisation practice in Vanuatu and in the region. 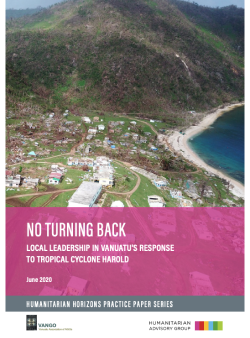 Research can only achieve influence if the results are in the hands of the right practitioners and policymakers at the right time. Humanitarian Horizons focuses on producing accessible and practical publications that enhance and promote excellence in humanitarian practice.

Central to the programs communication strategy are our partners, who share research findings across diverse networks, co-host dissemination events, and launch communication products to national, regional and global audiences.

HAG invests in translating research in local languages, and shares results and outcomes with communities and researchers who contribute to and/or have an interest in the research outcomes. 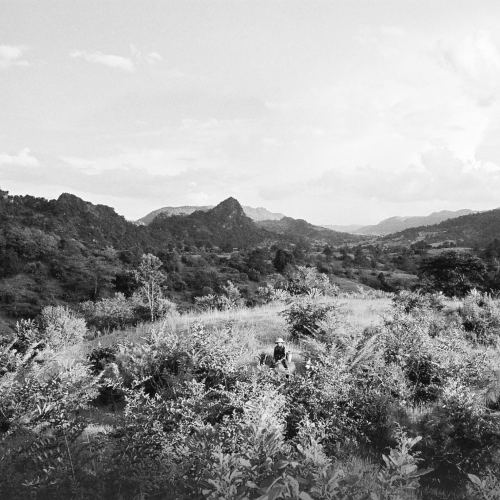 Our M&E Framework articulates our research objectives and how we measure the influence of our research. We believe in the importance of conducting and sharing our research in a way that promotes ownership, uptake and use.

Tracking the influence and impact of research is notoriously difficult, even for practitioner-oriented research such as ours. Nevertheless, at HAG we believe it is possible to set objectives for influencing humanitarian practice based on the evidence that emerges from our research program.

Tracking so far against outcome 1 highlights that research is responsive to regional needs to support effective humanitarian action in the Indo-Pacific.  This has particularly been the case for COVID-19. Tracking also highlights that there is an opportunity to improve our understanding of how responsive research supports effective humanitarian action. 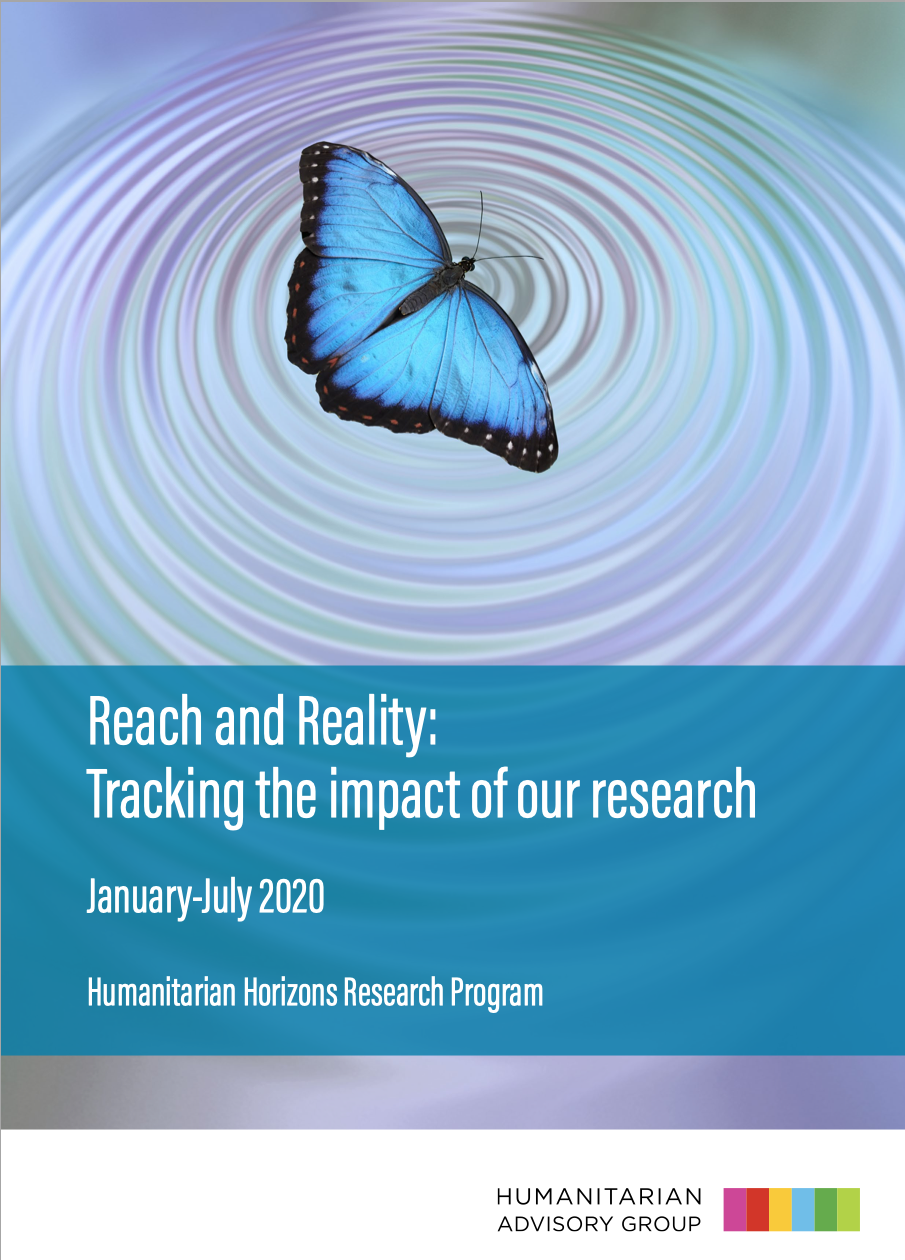 The program’s Research Advisory Committee, which meets biannually, is comprised of regional experts from government, private sector and NGOs.

The role of the Research Advisory Committee is to provide strategic advice for the research program and inform research priorities, processes and findings.

Emeline Siale Ilolahia is the Executive Director of the Pacific Islands Association of Non-Government Organisations (PIANGO) based in Fiji. Siale is a Tongan civil society leader, women’s advocate and activist. As the Executive Director of PIANGO, Siale represents the interests of Pacific civil society in a range of regional and international forums. Through her work with PIANGO and several coalitions and organisations in Tonga, Siale has been engaged in joint PIANGO- Humanitarian Advisory Group (HAG) research on diverse and inclusive humanitarian leadership and measuring localisation in several Pacific Islands Countries. Siale was previously the Executive Director of the Civil Society Forum of Tonga.

Fine Tu’itupou-Arnold is the Secretary-General of the Cook Islands Red Cross Society (CIRCS). Prior to this, she was International Humanitarian Law Officer for the CIRCS with responsibilities for both IHL and international disaster response law.  In her role as CIRCS IHL Officer, Fine disseminated information on IHL and the fundamental principles of the Red Cross and Red Crescent to raise awareness and respect for IHL in the Cook Islands. Fine was instrumental in establishing the Cook Islands National IHL Committee to assist the government in fulfilling its obligations on IHL Conventions and related matters.

Jeremy Wellard is International Council of Voluntary Agencies (ICVA) Regional Representative for Asia. Jeremy is responsible for ensuring the global policy and program work of ICVA connects to and is informed by, member organizations throughout the region. Prior to this role, Jeremy worked for UNOCHA’s Regional Office for Asia and the Pacific as part of the World Humanitarian Summit team, coordinating Asian representation throughout the Summit process and organizing The South and Central Asia Regional Consultation in Tajikistan and the WHS Global Consultation in Geneva.

Erika Feller is currently a Vice-Chancellor’s Fellow at the University of Melbourne. From 2005 to April 2013, she  held the post of Assistant High Commissioner (Protection), one of the four top management positions with the United Nations High Commissioner for Refugees. This was the culmination of a 26-year long career with UNHCR, and had been preceded by 14 years service as an Australian diplomat, in Canberra and overseas. For UNHCR, Erika served both in Geneva and in the field, notably as the High Commissioner’s Representative for Malaysia, Singapore and Brunei.

Saku Akmeemana is the Principal Specialist for Governance at the Australian Department of Foreign Affairs. In that role, she is responsible for guiding the Department’s approach to governance, political economy, state fragility and conflict, in its development assistance portfolio.  She has spent much of her career working on governance, conflict and the political economy of development, straddling both headquarters and field assignments in the World Bank and United Nations.  In a decade at the World Bank, principally in South Asia, East Asia and the Pacific, her research and operational work has focused on the political dynamics of institutional change; justice, grievance and the drivers of violent conflict; service delivery and the state-citizen interface.

Emele Duituturaga is the Executive Director of PIANGO (2009 – current). She was one of the founding Global Co-Chairs of the newly formed CSO Partnership for Development Effectiveness based in the Philippines. She is also the Pacific representative on the Global Executive Council of the International Forum for National Platforms based in Paris. She has also been appointed as one of the 10 members for Global Advisory Group for Bread for the World, based in Berlin. Emele was a Pacific regional representative at the World Humanitarian Summit.