Chinese actors including the central authorities, Yunnan province, companies, and NGOs sent a flood of donations to different parts of Myanmar shortly after the outbreak of COVID-19 and the military coup on 1 February 2021. According to the Chinese Embassy in Myanmar, by September 2022, China had provided Myanmar with 53 million doses of COVID-19 vaccines. This is an attempt from Chinese actors to help stabilise Myanmar and create a favourable environment for Chinese business and political interests in the country.

Watchers who are familiar with Sino-Myanmar relations well know that bilateral relations between the two countries are much more wavering, complex, and multifaceted than they may appear. Historically, Beijing provided enormous diplomatic support, weapon procurements, investment, border trade and aid for Myanmar through the 1990s and 2000s when Myanmar was isolated by the international community. In return, Beijing gained easy access to Myanmar by signing contracts for natural resources and infrastructures with the state. As Chinese businesses often sign contracts with elites without adequate consultation with the local community, they are often accused of colluding with Myanmar military and criticised for resource exploitation, lacking transparency, and contributing to forced displacement and environmental degradation.

The Myitsone dam suspension in 2011 was a turning point for Sino-Myanmar relations. The Thein Sein government, which was undertaking a democratic transition, suspended the US$3.6 billion Myitsone dam on 30 September, declaring the project was against the will of the people and lawmakers. The Myitsone dam suspension not only blurred political trust between China and Myanmar, it also unveiled a series of setbacks in bilateral relations including Myanmar’s rapprochement with the US, jeopardization of other Chinese infrastructure projects and disruption of stability along Chinese borders due to fighting between the Tatmadaw (Myanmar military) and Ethnic Armed Organizations (EAOs) in northern Myanmar.

During the National League for Democracy (NLD) government in power from 2015-2021, China was somewhat back in the driver’s seat—regaining its position and influence in the wake of the Rohingya crisis and Beijing’s assistance in Myanmar’s national reconciliation. Notably, Myanmar participates in the China–Myanmar Economic Corridor (CMEC) as part of China’s Belt and Road Initiative, although the rollout of infrastructure projects met with repeated challenges.

Sino-Myanmar relations have again met with uncertainty since the Tatmadaw launched a coup against the NLD government, declaring the results of the November 2020 general election invalid and instating a one-year state of emergency on 1 February 2021. The coup threw the country into chaos: COVID-19 spread unchecked, state services were in a state of collapse, warfare spread to many regions and the economy was crippled. The chaos has caused real troubles for China. The coup disrupted Beijing’s considerable efforts to work with the NLD government since 2015; the renewed fighting potentially undermines the stability of Sino-Myanmar borders; the business environment became extremely dangerous, and some Chinese investments were targeted by protests. In short, China’s major business and strategic interests in Myanmar—namely ensuring border stability, advancing the CMEC, and promoting strategic influence in Myanmar and the region—are potentially impeded by chaos.

In this sense, a stable government and environment in Myanmar is important for Beijing. The Chinese Ministry of Foreign Affairs clearly expressed wishes for Myanmar to be ‘politically and socially stable’ shortly after the military takeover on 1 February 2021. Although Beijing’s response to the military coup is beyond the scope of discussion, it is clear that Chinese actors would like to see a stable Myanmar and have made efforts to create a favourable environment for China’s business and strategic interests, as is indicated in Chinese health aid to Myanmar.

Chinese aid during the COVID-19 pandemic

While various Chinese actors themselves have multiple motivations to deliver health aid to Myanmar counterparts, their primary goal is to stabilise Myanmar, especially Sino-Myanmar borders, by providing vaccines, experts, and medical materials. As early as 8 April 2020, twelve medical experts from Yunnan province assisted Myanmar with the prevention of COVID-19. Beyond experts, Yunnan province also donated respirators, protective clothing, and masks to the Yangon government and Mandalay government in November 2020. Cities like Lincang and Menghai in Yunnan province sent medical teams and materials to the Ministry of Health in August 2021. Additionally, the Chinese People’s Liberation Army (PLA) helped build a COVID testing laboratory at the No. 1 Defence Services General Hospital in Yangon in April 2020. Sinopharm, a Chinese company that produces vaccines, launched a cooperation project to produce COVID-19 vaccine with Myanmar in March 2022. 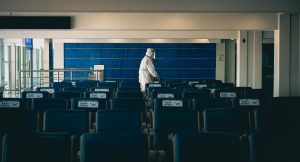 While Chinese actors donated health aid to major cities like Yangon, Mandalay, Chinese aid was also delivered to EAOs in Shan state and Kachin state that border Yunnan in the southwestern China. This was reportedly confirmed by several EAOs such as the United Wa State Army (UWSA), the National Democratic Alliance Army (NDAA) and Kachin Independent Army (KIA), announcing that they have received health assistance including vaccines, personal protective equipment, and training. Clearly, the Chinese government would like to stabilize Myanmar by sending health aid to both major cities and regions controlled by EAOs.

In addition to state-owned businesses, Chinese organisations donated materials and financial resource to Myanmar on an ad hoc basis. Chinese organisations that could expand their presence overseas are largely government-organised non-governmental organizations (GONGOs), NGOs with strong links with the state or some grassroots organisations that have personal ties in the recipient countries. China Foundation for Peace and Development and China Foundation for Poverty Alleviation were two of the most prominent GONGOs that provided various medical equipment and financial resources to Myanmar. Provincial NGOs like Yunnan People’s Association for Friendship with Foreign Countries also donated large number of materials to the Myanmar government.

As these examples show, providing health aid is one of Chinese actors’ approaches to stabilising Myanmar and cultivating consent for Chinese business and political interests. This is also part of China’s large-scale humanitarian assistance campaign to COVID-19 since early March 2020. As COVID-19 is still unfolding, it remains to be seen whether Chinese actors can win the hearts and minds of Myanmar and the international community.

Xuwan Ouyang is a doctoral candidate at University of Queensland. Her PhD thesis uses Myanmar as a case study to analyse why and how China has been pulled into playing a growing role in peacebuilding in the post-conflict countries. She holds a double master’s degree in international relations from the University of Glasgow and Nankai University. LinkedIn