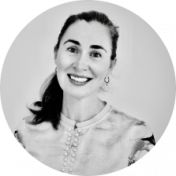 It has been 70 years since the Fulbright program started in Australia. Right from the beginning of my Fulbright experience I saw a unique fit for my interest in humanitarian civil-military coordination and the Fulbright program’s history. The foundation of the Fulbright program was based on turning the spoils of war into something positive for the future.  Created in the aftermath of the second world war, the program was the idea of Senator J. William Fulbright in 1946 with the philosophy of turning ‘swords into ploughshares’, whereby credits from the sale of surplus U.S. war materials were used to fund academic exchanges between host countries and the U.S. The idea was that building people-to-people links would help build global acceptance and understanding, which in turn would go towards building peace and prosperity, inoculating us from another war.

Given the program’s lofty ideals and stellar reputation, applying for such an opportunity was somewhat daunting. Indeed, the first time I attempted to apply I didn’t end up hitting submit, overwhelmed by imposter syndrome, a crisis of confidence.  It was only through encouragement from friends and past scholars that I finally jumped through the hoops and threw my hat in the ring.  Although the imposter syndrome didn’t end there.

Upon beginning the program, it had been a long time since I’d had the space and time to reflect on the bigger picture of my career and my life in general. Not only did I get to connect with so many new people in the U.S., some of whom will be life-long friends, but I was also able to re-connect with past colleagues. This included three former military officers who were on the NATO side when I was on the UN humanitarian side in Afghanistan – more than a decade on we got to reconnect and this time it wasn’t just person to person, but family to family.

The flexibility of my Fulbright program and my incredible hosts at the U.S. Naval War College allowed me to have an amazing array of experiences, from attending the Urban Humanitarian Emergencies Course at the Harvard Humanitarian Initiative, to supporting training in San Diego for the U.S. Navy’s Third Fleet on Humanitarian Assistance and Disaster Relief, to being a participant at Johns Hopkins Applied Physics Laboratory in a war game around an outbreak of a flu-like virus in an urban setting so see how different civilian agencies and militaries contingents would decide on priorities and how they would approach the challenge. We didn’t know then just how timely this initiative would be.

Getting prepared to leave five people’s lives in one place and transfer them across the world was never going to be easy, however I suppose I was more prepared for it than my family. Indeed, it’s possible they had been suffering from Michelle Obama Syndrome (you know, where she agreed to go along with her husband running for President as she didn’t think he had a hope in hell of actually winning). I had laid out what would it would entail if I became a Fulbright scholar, but it all seemed new to them when I started making the actual plans!

Homeschooling went ‘well’ (besides the 4-year sneaking scissors under the bed to give herself a magnificent mullet, not once but twice, the 7-year-old wanting to live permanently at Dairy Queen and the 9-year-old unraveling when we ran out of vegemite). We experienced the kindness of strangers and learned new terms such as ‘leaf-peeping’ in national parks and just giving the ‘wave-tops’ in a meeting.  Seeing tea being sold in the ‘international food’ isle at the supermarket makes you feel a long way from home, but the hospitality we experienced will never be forgotten. Not only did we get to see the beauty and the contradictions of the US, but the kids in particular have a renewed sense of appreciation for Australia and what ‘home’ means.

The logistics of life were also an experience. Driving along roads you don’t know, in a car you have never driven, on the other (wrong) side of the road, trying to change gears with the window winder was all part of the fun. I even managed to, mostly, convince the guards at my placement, the US Naval War College, that I needed to access the facility and wasn’t there to drop off a military husband.

I also got the chance to learn about the U.S. in broader terms. After visiting the U.S. National Holocaust Memorial Museum and its new exhibition on America’s role in the holocaust, it was reinforced to me how much we must bring history to bear on the current events unfolding around us today. This institution pleads with us to never forget, through addressing the atrocities of today, in particular the situations in Syria and in Myanmar.

The focus of my Fulbright program was spending time at the US Naval War College. The ‘Home of Thought,’ the College trains future military leaders who will be making decisions at the highest level.

In my opinion, the most important part of the college is the Civilian-Military Humanitarian Response Program (HRP) which is the only place in the world that teaches semester long academic courses on the complexities around how militaries and humanitarian agencies interact during disasters and conflict. The program examines the challenges and conundrums that I have been grappling with for many years and it was amazing to spend time with people who shared this passion and who have immense expertise and experience in this field.  The other brilliant aspect of the HRP was its external focus and linkages with the Harvard Humanitarian Initiative, Brown University’s Centre for Human Rights and Humanitarian Studies, the United Nations Office for the Coordination for Humanitarian Affairs.

I was also fortunate to be a part of the ‘Oz to Oz Program’ during my scholarship, where I got to spend time with academics and students from the Kansas State University, and was even interviewed on the K-State Radio Network!

My scholarship was also a great exercise in empathy with interns who come through our program at Humanitarian Advisory Group – I remembered what it was like to swim in a soup of unfamiliar acronyms, wondering how I can add value, and trying to read the group dynamics.

Reflecting on what is important when it comes to the very different approaches of militaries and humanitarian agencies and how they interact, is as much an endeavour in anthropology as it is in operational effectiveness. Having the space to sit with scores of experts who make the big decisions, lead operations, develop policy and teach emerging leaders helped me to better understand not just what it’s like from a military view point, but also that there are often shared frustrations.  Being able to test some of my assumptions, float some theories and wonder out loud was a liberating experience. Some of my thinking is outlined below.

I learnt for every stereotype about America, there is someone who doesn’t fit into it, and I believe that’s just what J. William Fulbright wanted us to understand.

So, what are you waiting for? Get over your imposter syndrome and apply!