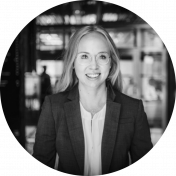 During field research Emma Jidinger investigated what makes Port Vila a fruitful environment for economic empowerment and why such engagement is yet to have a significant impact on women in Vanuatu. This article summarize the findings of her theseis Women work, men talk conducted as a Sida funded field study in Vanuatu 2015.

The Republic of Vanuatu is an island nation found in the South Pacific, for many people perhaps a hidden gem. The flourishing archipelagos may at first sight very well seem like that of a tourist paradise, with clear blue water, kind-hearted people and lazy days in the sun. It is easy to forget that Vanuatu is a developing country, tackling difficult questions of environmental, economic, social and political varieties.

The Government of Vanuatu has created a legal framework to promote gender equality, ratifying international agreements as the Convention on the Elimination of all forms of Discrimination Against Women (CEDAW). The Vanuatu government has however failed in fully implementing these laws, and is supposedly working with promoting women’s rights in a society where traditional structures remain patriarchal. The legal framework produced to promote gender equality is unfortunately poorly reflected from the grass root level to the national level, even in the hub of the capital city Port Vila, where little change on women’s social situation can be noticed. Women in the rural settlement areas of Port Vila have the possibility to access information on their rights, court and police yet they rarely use it (See report from UNICEF 2015). It could be assumed that social and cultural factors stop them from doing so. This raises questions as to what intention there is to produce actual change for women at the community level, and why the government is not enforcing the national laws properly.

Fortunately, on the grass-root level there are many who are working hard to pursue greater gender equity in Vanuatu. Among on-going empowerment projects, an economic approach seem to have been most successful in gaining acceptance in the rural settlement areas of the capital Port Vila. The idea of economic empowerment is to provide women with an opportunity to support oneself financially, and gain confidence, by not relying economically on ones husbands. The question is why this approach has been socially accepted in the settlement areas of Port Vila and if increased income really makes women “their own boss”.

A fruitful environment for economic empowerment

While economic incentives have been largely welcomed at both community and national level, the idea of introducing a women’s quota for parliament has been debated and contested, as well as encouraging girls to do sports. Gender based and domestic violence is among the highest in the world and women are sometimes referred to as “worth less than a pig” (in Vanuatu pig tusks are of high value, often being used to show of your wealth as a chief). What is it about economic empowerment that appeals better, than increased female social and political power, to the target audience in Port Vila? During a field visit, I found that the merge of local perceptions on gender roles and international ideas on gender equality has created a fruitful environment for economic empowerment, mainly because female breadwinners are part of a long-lasting Melanesian culture. Women work (cooking, baking, sewing, cleaning) in Vanuatu – that is simply part of Melanesian tradition, while men are unemployed “sitting around talking” under the palm trees.

One interviewee said that before women had skills that they only used at home, now they bring these to work, so (name of non-governmental organisation) empower them differently, you have to start at the roots. It is too hard to start from the top. Hence, the aim is to make women more independent, one small step at a time, while not introducing any major and controversial changes that may raise resistance.

Are women really “their own boss”?

There is reason to remain critical of an economic approach, on the basis that it does not actually challenge the traditional role of Ni-Vanuatu women, who always have been cooking, sewing, baking and cleaning. This means that even though women earn more money, their low hierarchical position, and limited decision-making power, remains the same. Accordingly, the rise of female breadwinners does not dramatically alter the mind-set in the Ni-Vanuatu society. Furthermore, part of the problem lies with men feeling entitled to the household money – taking advantage of women’s improved financial situation, often using the money that the women bring to the household for kava drinking, a traditional drink with muscle relaxing effects.

Whilst there are many problems when increasing women’s income, as women seldom are in charge of the money, this does not mean that economic empowerment is not progressive. It is a way of extending women’s traditional role in the household. It is a way for women to be able to perform their chores and work outside their homes, as well as being able to afford school fees for not only the families’ sons, but also their daughters. Hence, women are given the opportunity to become more economically independent from their husbands, at the same time as their traditional roles in the household are maintained. Perhaps this is a way of slowly loosening up gender roles in the Vanuatu society, without challenging traditional Melanesian culture in any controversial ways.

Ni-Vanuatu women have only enjoyed limited effects of economic empowerment, and it should be emphasised that this approach currently does not get to the roots of gender inequalities in Port Vila, as women remain subordinate to men. The negotiation of gender issues thus remains complex, as only certain parts of the idea of gender equality seem to be accepted and adapted to on the community level. This is not to say that it is not important that rural women are included in the economic sector, as they are key agents for achieving transformational change on gender issues in Vanuatu. Economic empowerment may spill over and have positive effects on the political and social arena, indeed the approach has an important part to play in sustainable development and the ending of gender segregation in the long run. It however seems as though an economic approach needs to be complimented with other aspects of societal change to further empower women. It is recommended that any non-governmental organisation or civil society organisation in Vanuatu working with women’s empowerment, focus on a multisectoral approach, including the social and political sector alongside economic empowerment.

If women work and men talk, it is crucial that we join the conversation under the shaded coconut trees. Part of the solution to greater gender equality must lie in reaching out to the people invoking the traditional gender roles, encouraging men to join and support their working counterparts. Hence, women must work with men to actively reshape current power dynamics and men encouraged to talk with women about how gendered relations can be more balanced. Conclusively, economic empowerment is yet to have a significant impact on women in Vanuatu but with the right reforms, this clear blue water paradise might just become a more equal island.