Look down. Can you remember where your clothes were made?

Do you know whose hands labored to create your clothes, and how much they were paid? Where will they end up once you’re through with them? What environments and natural resources were, and will be, impacted along the way? In a world of fast fashion, the answers to these questions escape many consumers. This removal of clothing from its deeply nuanced context is no accident. And for humanitarian practitioners these preoccupations may seem marginal. However, examining the damage caused by the fast fashion industry raises important questions for the humanitarian ecosystem’s role in reproducing these harmful processes and systems of extraction.

Whilst mass destruction or conflict might fit conventional ideas of what ‘violence’ looks like, long-term harm caused by processes like waste dumping or exposure to toxic chemicals often do not. In his book Slow Violence and the Environmentalism of the Poor, American environmental scholar Rob Nixon established the concept of “slow violence” in order to describe the harms and destructions experienced by human and ecological communities that span across space, bodies, labour resources and time. He argues that these incremental, “long dyings” are not only underrepresented in strategic planning, but also in human memory and consciousness, making them an invisible part of the structures we exist in.

These types of destruction do not ignite the same sense of public urgency or concern as better recognised forms of violence and the casualties they create rarely receive mainstream attention. Disadvantaged and marginalized communities, who are more likely to experience these harms, are made invisible; so are their struggles. The concept of slow violence allows us to interrogate the workings of industries like fast fashion, which have immense environmental and social impact. It also highlights a bias within the humanitarian sector, which is designed to react to highly visible conflicts and crises, and is less equipped to account for their intersection with long-term harm caused by processes like environmental degradation or unsafe work environments. 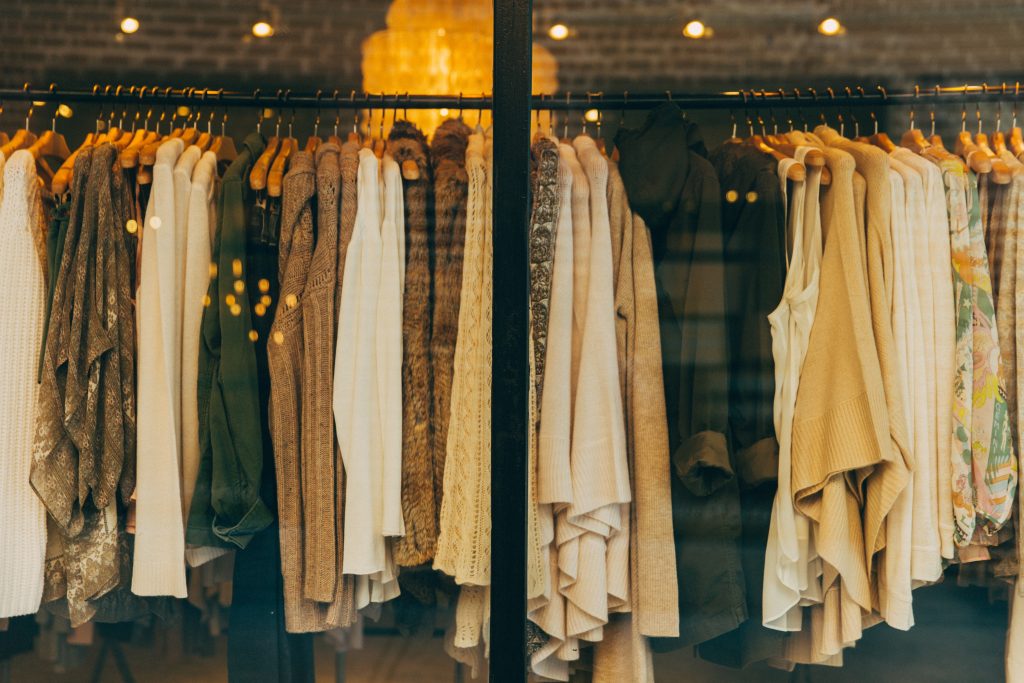 The impacts of fast fashion

Environmental degradation is built into the linear model of fast fashion. The industry follows and creates ever-changing consumer demands, with brands that once had two fashion seasons each year now introducing around 52 micro-seasons of different styles. Second only to the fossil fuel industry, the garment industry pumps out 10% of annual global carbon emissions. At current rates this number is projected to increase, despite the worsening climate crisis that – like the slow violence of fast fashion – disproportionately impacts vulnerable communities.

This profit-driven system of constant production exacts a toll on natural resources, such as water. Establishing the right to water was a profound milestone within the UN, with the assembly recognising the human need for 50 to 100 litres of water per day. The Sphere standards for humanitarian response propose a minimum average of 15 litres of water per person per day, to cover water use for drinking and domestic hygiene. These attempts to put numbers on human needs have their own politics. Yet the contrast is stark: while humanitarians scramble to meet water needs, the production of a single t-shirt takes up to 2700 litres of water – possibly enough to provide an individual with water for 1-2 months by the UN standards, or even longer according to the Sphere minimums.

Furthermore, some workers in the garment factories are subjected to hazardous working conditions and receive low pay. Fire accidents, inhalation of fibre dust or blasted sand, exposure to toxic chemicals, and even a collapsed building in the case of a factory in Dhaka, Bangladesh, have led to illness or death for garment factory workers, 80% of whom are women. In each instance, using Nixon’s framework of slow violence suggests that these women’s experiences transcend the boundaries of a single factory or bazaar, and connect to larger, long-term global processes of extraction and corporate devaluation of female bodies of colour, particularly within the Global South.

The impacts of donation cultures

The rapid fire creation of styles is coupled with the Global North’s constant “donating” and dumping of clothing; waste is built into the fashion business model. The problem of well-meant (if useless) in-kind donations getting in the way of disaster response has been well documented. But the scale of this problem is much larger than these commentaries usually explain: inappropriate donations shouldn’t be treated as an ad hoc, if significant, challenge in the wake of sudden disasters. Instead, by widening our frame we can recognise this as another manifestation of slow violence.

Contrary to altruistic visions of donating to “charity” or people in need, 70% of global donations end up in Africa, where they become part of the massive second-hand clothing industry or overflowing landfills – some of which have caught fire – in the Global South. Second-hand clothing takes on a variety of meanings across different places. For instance, it is called salaula in Zambia, which translates to “selecting from a pile in the manner of rummaging” and Obroni Wawu in Accra, Ghana, which translates to “dead white man’s clothes.” The drastic difference between these names and terms used in nations like the US, UK, Europe or Australia, underscores how the burden of managing mass clothing consumption is diverted away from people who have the privilege to buy clothes fresh off the rack and toss them out when their closets are full. Furthermore, impacts of the disastrous environmental harm triggered by overwhelming amounts of waste, such as air pollution from the burning of unsellable clothes or land degradation, are felt by these Global South communities that are treated like a “dumping ground.”

Engaging with our own responsibilities

Clothes shape, and are shaped by, an individual’s lived experience and position within our global society. Although fast fashion models have increased clothing accessibility, including for various communities in the Global North, they are extractive in terms of environmental resources and integrity, and in terms of the time, health, and well-being of people along the supply chain. The invisibility of the people and places – particularly in the Global South– involved in garment production and second-hand clothing markets hides how the fashion industry reproduces violent systems of environmental and social harm and oppression. Humanitarians can use an analysis of industries like fast fashion to consider how the humanitarian ecosystem’s often tunnel-vision focus on highly visible, immediate needs can distract from the longer-term processes and structures of consumption. Practitioners must reflexively reconsider their impact on creating meaning around donations and material need, and look to possible alternatives, to work beyond colonial structures in which communities of the Global South experience unjust, disproportionate risk and harm.