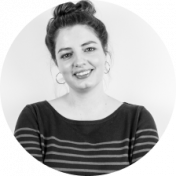 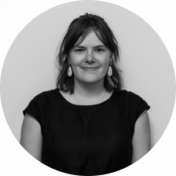 This blog is co-authored with Acting Inspector Brendan Hurley from Fire & Rescue NSW.

Australia is in the middle of a national disaster response. The bushfires, burning across the country since September 2019, have seen both national and international resources deployed on an unprecedented scale. Many of these resources have included unsolicited material goods, such as food, appliances, clothes and furniture, donated by members of the public, organisations and corporates.

For responding agencies, it has been challenging to manage public desire to support affected communities, whilst also dealing with a significant influx of unsolicited donations. This issue isn’t new for Australia – the same challenges emerged in the 2009 bushfire response (to the tune of 40,000 pallets of unwanted stuff).

What is new is the way in which this issue has been addressed. The influx prompted a targeted public information campaign by state governments as well as other responding agencies. The key message of this campaign: give cash not goods.

We have been reflecting on some of the issues emerging from the bushfire response, drawing on our experience at the international level. For us, the key question is: what can we learn from emerging practices in the international humanitarian sector to support disaster preparedness, response and recovery in Australia?

What we know from international responses

In the international humanitarian sector, these material donations are referred to as ‘unsolicited bilateral donations’ (UBDs). UBDs are all the ‘stuff’ that is donated to an emergency response, which is not specifically requested by the affected country or community.

We know that managing UBDs in international humanitarian responses has been a key challenge-  – from the 2004 Boxing Day Tsunami to recent disasters across the Pacific. Common challenges include: managing inappropriate materials and expired goods including medicines; the costs (money and time) of storing, and in some cases destroying the donations; the diversion of personnel; and the logistical challenges of distribution.

In the Tropical Cyclone Pam response in Vanuatu in 2015 for example, the Australian Red Cross found that over 70 containers of UBDs were received. A significant proportion of the leftover containers were stored on the wharf for 10 months, accumulating $US2.5 million of storage, handling and container rental fees, and fifty per cent of the food items donated were reported to be expired.

We also know that giving cash donations to appeals and specialised agencies supports the broader response efforts and ability to address needs, including providing affected people with access to cash grants. Evidence highlights that providing cash in disasters can support  ‘increasing people’s sense of self-worth, dignity and control over their lives.’

What happened in Australia

The material donations issue played out at a national level in Australia, similarly to what we have seen internationally. The NSW Office for Emergency Management called the amount of material donations a potential ‘second disaster’ with communities quickly becoming overwhelmed.

Community halls, often used as evacuation centres, were inundated with the donations which took up valuable evacuation and public meeting space. One community in East Gippsland reported receiving 10,000 apples in donations. In southern NSW, the Australian Defence Force were pulled away from completing essential tasks such as clearing roads, to sort through and then remove unrequested goods.

Responding agencies reported being frequently approached by members of the public wanting to donate goods directly. This brought up challenges around the issue of clear and consistent messaging across all agencies and how to direct the public to appropriate channels for donations – either cash or materials.

In the 2009 bushfires, there were reports of similar issues, with material donations taking up more than 50,000 square metres of storage – twice the size of the Melbourne Cricket Ground. This prompted a review, and the development of the National Guidelines for managing donated goods.

The cost of managing material donations in the 2009 bushfires exceeded AUD$8 million. A rapid scoping of this response suggests that there has already been significant financial and time investment in managing the unsolicited donations. In the coming months, formal reviews conducted by authorities will seek to evaluate the total cost of this, and how it impacted on response efforts.

As material donations surged across early January 2020, a number of responding actors including the government, the Australian Red Cross and the Salvation Army launched a public campaign urging the community to donate cash instead, a key message outlined in the National Guidelines.  It is not yet clear if, and how these guidelines were used across agencies.

The messaging was amplified by the Victorian Premier Daniel Andrews  on radio, TV and on social media, and by Victorian Police and Emergency Services Minister Lisa Neville. The NSW Office of Emergency Management also put out ‘cash is preferred,’ statements reiterating that the response is being run by experienced emergency organisations who do not have time to sort through, or space to store donations. Media outlets, including The Guardian, the ABC, Murdoch and Fairfax news outlets and non-government bodies also picked up and reported on this messaging. Social media was used extensively to share this message, to a far greater extent than in the 2009 bushfires.

Public messaging has needed to walk a fine line, balancing recognition for public desire to support the response whilst also educating and explaining the key challenges, and influencing behaviour change around unsolicited material donations. Guidance for responding agencies on how to undertake this communication will be important in the future.

I don't want this to seem harsh or ungrateful in any way.

But I have an important message from our relief agencies on the ground:

There is no more room for physical donations of clothes and food – and no time to sort them.https://t.co/JGWdzxGDKp

Did this have any effect?

We don’t yet know how the targeted information campaign and other activities undertaken by authorities in this response has influenced public behaviour. Or whether it has reduced the amount of actual donations. Anecdotally, it appears that the targeted campaign by government, agencies and media did slow the influx of donations, however it also seems the messaging might have begun too late. Community representatives in East Gippsland are still reporting receiving large amounts of unrequested goods. There is an opportunity for messaging to form a larger part of agency preparedness and risk reduction work before crises.

Leveraging learning and research from the international sector

The international sector has done a lot of thinking and research on how to shift public perceptions and practices towards unsolicited material donations in disasters.

The Logistics Cluster in the Pacific, led by the World Food Program (WFP), has recently launched the Pacific UBD Project, seeking to implement a coordinated approach designed to reduce the influx of UBDs into disaster affected countries. The Australian Red Cross has also conducted research to understand current trends and explore barriers to changing behaviours.

The Behavioural Architects and ACFID have also conducted research which endeavoured to understand the behaviour and decision-making around public donations to crisis affected countries in the Pacific. A key finding: public messaging around unsolicited donations ending up in landfill resonates more than the ‘give cash instead’ messaging.

These initiatives, along with other emerging best practices, could be explored by state and federal governments and departments, as well as operational actors responding to the fires, especially in relation to the type of messaging that resonates most.

The scale of unsolicited materials donations by the public in this response suggests that there are similar challenges across national and international disaster responses. This includes how to socialise important messages, influence public perceptions and behaviour, and harness the public good will in more effective ways. International and national responders can work together to ensure that there is a consistent message that is understood regardless of where the emergency is – in Australia or elsewhere.