Ten years of aid in Syria and what have we learned?

By Kate Sutton with research assistance from Sam Quinn

Ten years on and the Syrian conflict remains one of the worst humanitarian crises globally and one of the longest running situations of concern to the international community.

The war in Syria is, and always has been, a primarily political crisis which aid cannot resolve. Nonetheless, vast amounts of aid have been delivered and financial contributions to aid efforts have eclipsed many of the other situations of concern around the world. In 2020 the annual appeal for inside Syria and the Regional Refugee Response (3RP) plan amounted to USD$15.81 billion; over the past five years since 2016 a total of USD$43.15 billion has been received to respond across Syria and the main refugee hosting countries.[1]

As the ten-year anniversary loomed, I felt the need to get myself up to speed. I had been involved in evaluating the Australian contribution to the regional response in 2014 and again in 2019, and so as I read about the grim statistics and stories that marked the decade of conflict, I couldn’t help but wonder what the humanitarian sector has achieved – and who, if anyone, would be able to answer that question fully. Here’s what I found.

Scaling up cash assistance for refugees

Cash seems to be the one of the success stories from the response, generating evidence and impact as well as creating disruption for the sector that veers between competition and collaboration in the cash leadership space. The use of cash programming appears to have been driven by a need to innovate in the face of the protracted and complex nature of the Syria response and the increasing gap between what is required and what is raised in financial terms (see Figure 1 below).

Evaluations and research studies have documented the importance of cash modalities that have increasingly been adopted across UN organisations and international NGOs to support those who have fled Syria due to the crisis. It has become clear that families impacted by the crisis depend on cash and vouchers for daily needs and wellbeing. In a 2017 study conducted by ODI, A Promise of Tomorrow, 50% of refugees included in the study reported that UN cash assistance was their only source of income, evidencing the critical role that cash has played in daily survival for many. The ODI study found that cash had a positive impact on access to housing, improved food security and nutrition, and access to education.

However, cash does not provide a pathway to employment or promote broader social connectedness for refugees. Evaluations suggest that cash programming needs to be better linked into broader, longer term social protection systems working with host governments – assuming that governments are willing, that is. A ‘cash-plus’ approach has been suggested that links cash to complementary programming and more intentionally considers extending the impact of cash to areas of social connectedness and more sustainable resilience outcomes, and which has been embraced as a useful approach in the response to COVID-19. Indeed, the pandemic has intensified the emergency for refugee families, while inside Syria a World Bank-UNHCR study estimates that an additional one million displaced Syrians were pushed into poverty due to the COVID-19 pandemic. 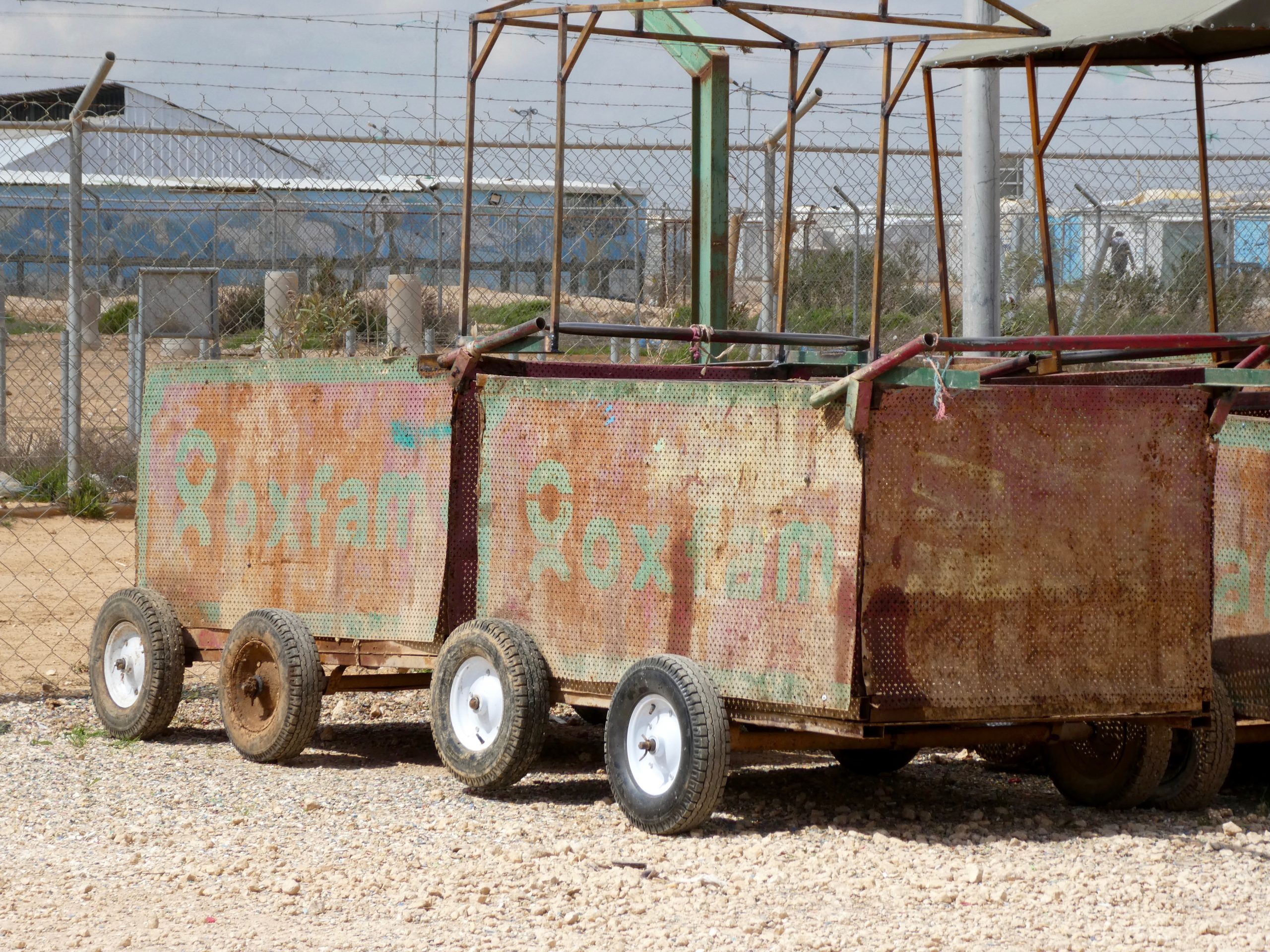 A recent review of localisation in response to the Regional Syria crisis, commissioned by UNDP and UNHCR, found that “despite obstacles and challenges 3RP partners have made good progress on localisation”. In this context it remains baffling as to how local and national partners in the 2020 3RP appeal were allocated a smaller amount of funding than they were in 2014, in both real and proportional terms (a drop from USD$7,438,131 in 2014 to USD$4,081,106 in 2020, or from 0.32% to 0.17% of the total annual funding).[2] As part of my trawling through the OCHA Financial Tracking System (FTS) I did experience a moment of joy as I noted the largest funding allocation to a national NGO in 2020 was made to LebRelief by the Australian government; my visit to LebRelief programs in 2019 was one of the highlights of our evaluation visit and really demonstrated the potential for national and local organisations to be stepping up in the response in a way they are clearly not being given space to do.  It should be noted that local and national organisations probably receive a lot more through intermediary organisations that is not captured in the FTS, but this still raises questions about their engagement in the appeal process and why, ten years into the crisis, they seem to be less represented rather than substantially better represented.

The UNDP/UNHCR review notes that despite international organisations dominating financing there are strong examples of equitable and collaborative partnerships. It notes in particular partnerships with local and national governments, which are often bilateral funding partnerships not always captured in the OCHA FTS. However, most relationships between international and national/local partners remain heavily biased to the priorities and needs of international actors. The review notes the importance of multiyear funding for partners and support for overhead costs – a lesson often repeated in many of the evaluation reports but apparently not making much difference in terms of practice. And so, as funding to the region continues to reduce and COVID-19 continues to make international travel more challenging and expensive, the imperative to localise will mount and the sector needs to ask itself critical questions about why it hasn’t already happened. After ten years surely there has been enough time to progressively build capacity and transfer ownership?  Maybe the real issue is a lack of accountability or absence of consequences for the glacially slow progress.

A final issue that stood out for me reviewing recent documentation is the continued struggle to ensure inclusive programming. I had been surprised during our evaluation visits by the approach to disability inclusion, which remained “very international-centric and driven by international actors”. The United Nations estimates that 37% of internally displaced persons in Syria have some form of disability, many of whom, according to reports, experience exclusion and psychological challenges. Steps to address barriers to representation of people with disabilities or to support a rights-based approach were not always evident, and the team were surprised when key disability forum meetings were still being held in English eight years into the response. It may be linked to the issues of local ownership noted above, as the sector continues to largely fund inclusion programming through international organisations rather than investing in, and working with, organisations and forums for women, youth, and people with disabilities. UNFPA and DFAT evaluations have noted the limited focus on disability inclusion, despite the overwhelmingly high numbers of people living with a disability both prior to and as a consequence of the conflict.

Despite findings that in the majority of cases cash has supported women to have greater control over household finances, gender inequality is another area that the humanitarian response has struggled to take account of. Insufficient funding and bureaucratic obstacles have hindered gender-based violence prevention work within Syria, which is currently ranked 165 out of 167 for gender equality on the Women, Peace and Security index  2019/20 report and ranked 150 out of 153 countries on the World Economic Forum’s Global Gender Gap Report 2020. Moreover, although women and girls make up approximately 70% of refugees from Syria, many of the places where refugees live in neighbouring countries such as Jordan and Lebanon lack women’s spaces, reproductive health clinics and health facilities.

There is a great portal of learning on Syria and a myriad of fixed term evaluations, thematic reviews, and assessments of organisational performance. As I paged through them, however, I had that familiar feeling of information overload without consolidated sense-making or insight. Important analysis can be easily overlooked and, in some areas, the same recommendations are issued to the same players year on year, with little accountability for action. In one telling case reported by Emma Beals in The New Humanitarian, recommended actions to help the UN deal with ethical dilemmas and issues around principles in the Syria response sank in the wake of changes to the UN’s top regional leadership.

As Marc Dubois has recently argued, “the crux of evaluation is not to assess whether past lessons were learned, but whether they were applied”. Yet despite – maybe even because of – the vast volume of documentation on the Syrian response, the link between analysis and changed practice is extremely difficult to find. The humanitarian system has worked hard to consolidate reporting through the 3RP and Syria, but it may well be time for a more comprehensive stock-take of impact and consolidated lessons learned. It seems unlikely that the conflict will be resolved in the short term so how can we make sure the next few years of aid are applying the lessons from the last ten?