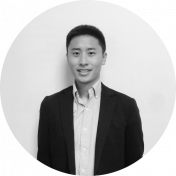 On August 4th of 2020, a warehouse storing a large amount of ammonium nitrate at the Beirut port exploded, resulting in approximately 200 deaths and thousands injured. The blast tore through many homes and damaged critical infrastructure such as water supplies and hospitals. As the urgent recovery from the blast and wider political reform occupy attention, however, they should not hide from view another pressing issue in Lebanon: the refugees.

Refugees constitute one of the most vulnerable groups in Lebanon and have been struggling more than ever due to the disaster. The blast damaged more than 62,000 homes, including those of refugees. With the COVID-19 pandemic causing downturn worldwide, the estimated nearly 2 million refugees in Lebanon will have to live in the extremely poor living environment where they have limited access to basic needs and few opportunities to work. It is estimated that more than half of Syrian refugee children in Lebanon are working to support their families rather than attending school and this school enrolment rate is likely to further decline.

Without helping refugees, Lebanon will not be able to fully recover from the disaster. But it shouldn’t have to help them on its own. The Beirut blast should act as a wake-up call to an issue of refugees for the international society. Reinforcing legal frameworks at the international level and enhancing resettlement programs could help resolve this situation.

According to a 2019 United Nations High Commissioner for Refugees (UNHCR) report, most of the major host countries of refugees are in low and middle income countries such as Turkey, Columbia, Pakistan, and Uganda. Lebanon hosts the highest refugee population relative to national population. With access to support, including work rights, often limited, many refugees end up living in extreme poverty.

Unequal responsibility sharing is also an issue in Europe, an ideal destination for many refugees. Frontline countries such as Italy and Greece have received far more refugees than other countries further north. Although European countries have been trying to tackle this issue by revising a shared policy such as the Dublin agreement, this has not yet generated any positive outcomes.

Although sharing responsibility and international cooperation are stipulated in the Charter of the United Nations, the absence of binding international commitments to share costs and to receive refugees contributes to extreme variations in the involvement of countries in the issue of refugees. The Global Compact on Refugees, signed in 2018, seeks to alleviate the pressure on host countries and to promote international solidarity. Yet the Compact has not made a significant progress and whether it works effectively or not – especially in light of the COVID-19 pandemic – remains to be seen.

Protection of refugees is no longer a regional or local issue. However, it is extremely challenging to establish a more robust global-level agreement. Nonetheless, an international-level agreement that illustrates ambitious and achievable goals of every state should be established and upheld. The existence of a global agreement will reduce the burden on Lebanon, which leads to a full recovery from the blast in Lebanon.

Along with an endeavour to formulate a common legal framework for sharing the responsibility for hosting refugees, resettlement programs should be enhanced and operated on a larger scale. Currently, resettlement programs operate in a limited number of countries. Canada has seen the resettlement of 300,000 refugees since its inception of the program in the late 1970s. Australia has hosted around 180,000 refugees between 2009 and 2018. However, these numbers are strikingly small compared with more than 70 million forcibly displaced people in the world. According to UNHCR, resettlement is only available to less than 1 percent of refugees worldwide. Furthermore, due to the pandemic, the international organisations such as UNHCR and the International Organisation for Migration (IOM) have suspended resettlement departures. The US decreased the number of admitted refugees by 86% in fiscal year 2020, and Australian government has decided to cut its annual acceptance of refugees by 5,000 places. Thus, more active participation in resettlement programs is needed.

One of the main reasons cited to rationalise limited resettlement places is a concern about national security. In 2016, Prime Minister of Hungary, Viktor Orbán, showed a strong anti-immigration sentiment, stating: ‘For us migration is not a solution but a problem … not medicine but a poison, we don’t need it and won’t swallow it’. The 2019 EU election showed a remarkable rise of right-wing populist groups, who adhere to anti-immigration policy and sometimes consider refugees as potential terrorists. Japan’s negative approach to resettlement programs is also derived from its preference for homogeneity despite having the world’s third-largest economy. As these examples show, the concern rests on a problematic assumption or argument that accommodating outsiders including refugees may erode a national norm and destabilise domestic economy and security.

In order to combat these misconceptions, resettlement programs should include a system which facilitates refugees to assimilate and integrate into hosting communities. Australia operates the Community Support Program as a private sponsor program as well as the government-funded Refugee and Humanitarian Program. Canada’s resettlement program, Private Sponsorship of Refugees (PSR) program supports refugees by allocating 5 or more Canadian citizens as private sponsors, who help them with integrating with local communities. Germany launched a new resettlement program, NesT, which focuses on strengthening ties between refugees and German residents. Sponsors for refugees offer anything from financial support to social assistance to facilitate them to become part of their community, which creates strong bonds between refugees and locals. Resettlement programs should thus pursue not only an increase in the number of places for refugees but also proactive participation of local communities.

Of course, these resettlement programs need financial support and community energies to succeed. For example, Community Refugee Sponsorship Initiative based in Australia estimated that it costs approximately $100,000 to sponsor a family of five people for a year. Moreover, the recent rise of right-wing populist groups hampers local support for refugees. Additionally, the Covid-19 pandemic has negatively impacted the global economy and international institutions such as UNHCR are facing a serious lack of financial support. Around $156 million was given to the UN-led organisations and the total funding pledged to Lebanon for the Beirut rescue and recovery effort reached $1.4 billion. Yet, much more financial support is needed to not only bring Lebanon back to where they were before the blast but also secure long-term stability.

During the acute stages of the disaster, we saw a swift response from international organisations and governments to assist those affected. As the next step, the international society needs to look for a long-term solution to the issues that Lebanon has been facing. This can be done by sharing a common framework for refugees and by expanding opportunities for resettlement. Every single state must commit to taking a responsibility as a member of the international community.