Shining a spotlight on country-based humanitarian reform: Have we been looking in the wrong places?

Reform in the humanitarian sector sometimes seems to be going nowhere fast.

The dominance of piecemeal approaches instead of fundamental rethinking and donor desire to retain control present obstacles in achieving the vision of centralised change to the humanitarian system. In this respect, the rapid changes forced by the COVID-19 pandemic could be considered the exception that proves the rule. As The New Humanitarian’s 2020 round-up of policy trends put it, ‘Efforts toward reform seem a permanent fixture in the humanitarian sector, but change is slow.’

But is this because we are looking in the wrong places? In 2018, when a tsunami struck the Indonesian island of Sulawesi, the response was notable for the leadership and operational importance of national and local actors, both government and civil society. Research by Humanitarian Advisory Group (HAG) and the Pujiono Centre the following year argued that ‘The timeline for the power shift is no longer being set by the international system in this region. The main implication is that the international system needs to change faster to fit into a new norm or risk becoming redundant and sidelined.’

This shift did not happen by accident. It was the result of sustained action and legislation over the past twenty years, as explored in a new report by HAG and the Pujiono Centre on reform in Indonesia. It is part of the Building a Blueprint for Change project, an attempt to catalyse changes from the ground up. This requires better understanding of the local dynamics overtime. This report takes stock of the major disaster and humanitarian events in Indonesia as well as globally and the possible implications for the country’s humanitarian system.

The 2004 Indian Ocean tsunami – or more precisely, the internationally dominated and unaccountable response that followed it – catalysed a number of major reforms to the humanitarian system in Indonesia and globally. Ninety-one percent of tsunami-affected people in Indonesia reported that they had been rescued by private individuals. In the first 48 hours there was almost no outside help. But over time an estimated 400 international non-governmental organisations with 5,000 foreign staff came to Aceh, many with no prior relationships in the region and little contextual understanding. The response was duplicative, top-down, unresponsive to national and local priorities, and exploitative towards local expertise.

The tsunami response marked a turning point for humanitarian response relationships between the Government of Indonesia and the international community during emergencies. It drove momentum for ongoing calls for reform, leading to the passage of the Disaster Management Law no. 24 in 2007. This legislation launched the process, refined since, of making disaster management more comprehensive and more aligned with disaster risk reduction, with reinforced national authority.

Indonesian civil society was instrumental in driving the reform and has received greater acknowledgement of its role in disaster management since.  HCT evaluations of recent responses to disasters have underscored the increasingly prominent implementing roles of local actors, while drawing attention to the need for more investment in local systems and processes. In the aftermath of the Central Sulawesi earthquake in 2018, the government claimed that restrictions on foreign staff were necessary to coordinate international assistance, with a BNPB spokesperson explaining that ‘letting foreigners enter disaster-hit areas without limitations and clear management would just give the country’s task force more work.’ With their access cut off, international agencies were forced to make their contributions through supporting roles and national NGOs also underwrote local organisations to assist in the flow of funding. 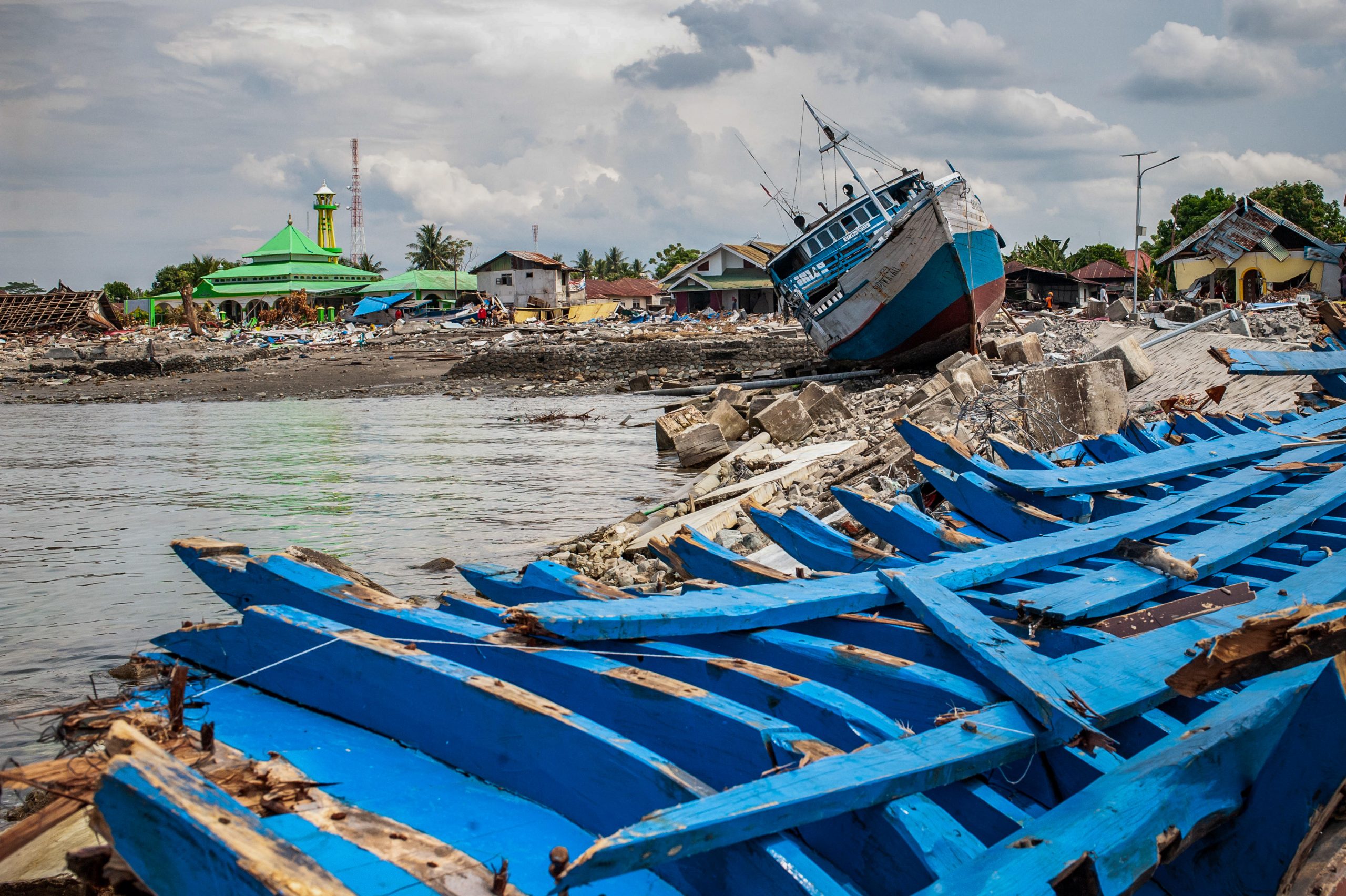 There is little sign today that the language of the Grand Bargain has much traction within the Indonesian humanitarian sector, which is struggling under the combined weight of frequent disasters and the COVID-19 pandemic. Nonetheless, it would be a mistake to view ‘local’ and ‘global’ as separate and unrelated tracks when considering this history. There has been mutual influence between humanitarian actors, including governments, inside and outside Indonesia over the years of reform. For example, the 2004 tsunami also triggered major reforms at international level and the Government of Indonesia’s approach to the 2007 laws was influenced by the Hyogo Framework for Action on disaster resilience. Increasing regional cooperation and leadership has seen the ASEAN Coordinating Centre for Disaster Assistance (AHA Centre) more actively support coordination in some recent responses.

Organisations such as NEAR and Ground Truth Solutions have advocated for humanitarian reform to be approached from the perspective of people affected by crisis. But there is still a tendency to represent the proposals produced in international policy forums in Geneva or New York  as contributions to a ‘changing system’, while developments driven by national policy initiatives are more likely to be viewed as evidence of a ‘changing context’. This attitude suggests the continuation of deep-rooted, historical inequalities in whose priorities have shaped attempts at ‘governing the world’ and fails to recognise the mutual influence that occurs at key moments in these processes of change.

The COVID-19 pandemic has revealed massive gaps in the global humanitarian system and driven momentum and conversations for reform. In the lead up to the next iteration of the Grand Bargain, it is particularly important to explore the relationship between local, national and global processes to understand how reform has occurred. By shining a spotlight on country-based reform in response to particular pressures and priorities, this research emphasises the importance of locally-led approaches and provides an evidence base from which to envision future avenues for change and their prospects of success.